Continuous Diary Measurement (CDM) is opening a new ratings world for programmers in 46 markets where Nielsen has upgraded the diary service to monthly ratings. Programmers are still getting their hands dirty with the data, but already there are some lessons and trends emerging. Programmers can no longer “play to the month.” And in the country format, they are experiencing the “summer bumps” that their PPM counterparts are already familiar with. Miller was a featured presenter during the most recent CRS360 webinar, but the information he provided will help programmers in any format within the 46 newly instituted CDM markets to understand differences—and similarities—vs. the previous four-book diary measurement process.

The fifth installment of 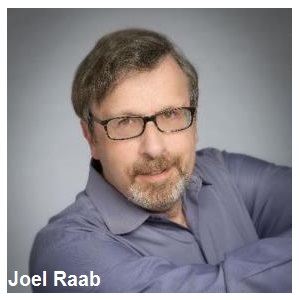 CRS360, which took place in late September, also featured country consultant Joel Raab, who offered insights and best practices for programmers that no longer can “play to the month” in the quarterly ratings process.

Miller explained the process of moving to monthly currency instead of quarterly: “There are 46 markets now converted to continuous measurement; they get three-month surveys aggregated together. You drop an old month and you add on a new,” Miller told attendees. “So, you are never more than 30 days away from a new survey. This moves these 46 diary markets into the continuous world that PPM [markets] live in.”

July was the first “book” under the new system, aggregating together data from May, June and July. The ratings were released in mid-August. The next three-month iteration (June-July-August), or the August book, was released in late September, while the September book (July-August-September) comes out today (Oct. 11). “We’re moving into a cadence of monthly currency,” Miller explained. “Everything is monthly and standardized.”

But What Does It All Mean?

Playing to the format in attendance, the Nielsen exec provided a look at the national fall/spring country trend, 12+ AQH Persons in diary and PPM markets combined. Going back to 2011, the trend shows increases in spring and a downtrend in fall through most of the years. “Many of you watching the webinar have probably seen that happening in your market,” Raab pointed out. “It is something I have observed not only in diary, but in PPM markets. We have become the warm weather format, much more so than we used to be.”

Spring and fall are, in fact, the only times a true national snapshot of the format can be made, due to some smaller diary markets only receiving two books a year.

With the new CDM markets now having access to monthly data, Miller expects similar trends to emerge that have been seen in PPM markets. “For instance, summer bumps,” he said. “The peaks every year are the middle months. That’s what we have seen in PPM.”

Through a screen share, Miller showed how to access the monthly data: Open up Nielsen Answers and head to PD Advantage. From there the data can be retrieved in two places: Advantage Reports and Programmers Package, depending on a station’s subscription level.

When studying the monthly data, Miller offered a disclaimer. “If you’re going to look at specific months, inside our data, they will be unweighted estimates.” Because each book of continuous diary measurement is a three-month aggregate, a diary keeper in the July survey has an impact in three different books: July, August and September. And “because each survey has its own weighting, a diary keeper is going to end up with a different weight, depending on which survey you choose.” Hence… the unweighted estimates in monthly snapshots.

Raab also offered guidance on programming in a CDM market. First and foremost, he said, “be top of mind all the time, not just in one month. In the past it might have been easier to manipulate a three-month survey in one month.”

While some programmers live for crunching data and finding every nuance in their audience’s listening habits, Raab cautioned that one shouldn’t be too distracted by the variables that now occur month to month. “There is a tendency to look at a month and see some things that don’t look constant, but don’t be distracted by that. Just keep your head down and do great programming.”

Some lessons learned by programmers in PPM markets now apply to CDM markets: “Motivate your audience to listen on more occasions,” Raab advised. “We always used to talk about listening longer but it’s really about listening more often. Just a few more occasions per week will increase your ratings.” And a little helpful advice: To motivate the audience to listen more, Raab suggested setting up listening appointments, teasing upcoming content or contests and time stamping when they occur: “That’s what we learned from PPM and it applies here.” Make that content great and when running big contests, make them last longer. “That is really germane to this world. That is the reflection of the different weighting that is going on in this methodology.”

To maximize recall in diary markets, Raab added: Market constantly. This doesn’t mean year-round billboard and TV campaigns. “Marketing can be done on your own air or on your brother or sister stations. Marketing is being out in the community.”

Leaving the CRS360 attendees with some tips from PPM markets that translate in CDM markets, Raab said to play as much music as possible in any quarter hour, which gives a station the best opportunity to get credit. Stations should also promote something the following day at the same time. “That plays to the listener’s habits,” Raab said. “If they tend to listen to the radio between 7:00 and 7:30 on Monday, you’ve got a shot at getting them to come back on Tuesday.”

Raab also suggested programmers in the 46 diary markets that are now being measured continuously keep a diary themselves.

“Keep a diary of what you did and when you did it. So, if you want to try and tie something that may have happened in the market or on your station, you’ll have a better idea if it affected the ratings.” Particularly, Raab said, if you tweaked music, air talent or other programming features.