As host of Premiere Networks’ syndicated “The Buck Sexton Show,” the namesake conservative talker is heard on 100 affiliates for three hours each evening, with a proudly slanted take on the day’s political headlines. Sexton brings to the job his former role as a CIA officer in the Counterterrorism Center (CTC) and the Office of Iraq Analysis. He completed tours of duty as an intelligence officer in both Iraq and Afghanistan. He also served in the New York Police Department (NYPD) Intelligence Division working on counterterrorism issues. Sexton also appears on Fox News Channel and CNN, co-hosts “Rising with Krystal & Buck” with MSNBC anchor Krystal Ball on Hill.tv, and guest hosts for Rush Limbaugh, Glenn Beck and Sean Hannity—as the only talent to have hosted all three shows.

I don't think there's another radio personality who also served as an intelligence officer. Tell our readers about your "first" career.

I went into the CIA right out of college. I started as an analyst in the counterterrorism center and then moved to the Office of Iraq Analysis. It was interesting work, and I did some cool things, but I never got to wear a bulletproof tux or drive an Aston Martin that fired missiles from the headlights. CIA stuff looks a lot more fun in the movies.

How did those skills help the transition to media?

The truth is that the skills of an intelligence officer and of a journalist are very similar: developing and evaluating sources, gathering and analyzing information, and dealing with lots of shady characters. The CIA thought they were training me to be a spy, but really, they trained me for a media career.

How did you become a commentator or guest on a TV program the first time? 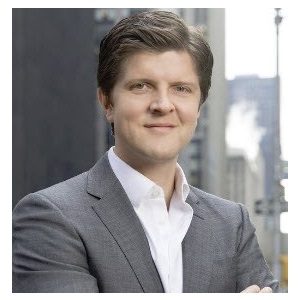 Glenn Beck hired me to be a writer for his website. I had never published anything, but he saw potential in me and gave me a shot. I got my start in TV with GBTV—now TheBlaze TV—when they realized I had national security expertise, and had served in Iraq and Afghanistan, which were both in the news a lot at the time. From there, I got hits on Fox, CNN and MSNBC.

How did your radio career get started on TheBlaze network?

I felt like I never had enough time to say what I wanted on TV, so I started a three-hour Saturday radio show at TheBlaze. Dom Theodore, a mentor and a dear friend, was the program director. He had me sneak into Glenn’s studio when he wasn’t around and record monologues every week for a few months before he would even put me on air. But his method worked.

You've guest-hosted on radio for Rush Limbaugh, Glenn Beck and Sean Hannity. How do you prepare for that?

Every day lived, every article or book read, every memorable experience is preparation for radio. Glenn, Sean and Rush’s shows are like final exams in school. They are the most important tests, but you can’t cram for them. You bring to them what you have been working on all year.

What motivated you to launch a history-themed podcast called “Shields High?”

I love history, and think that there are many periods and characters that don’t get nearly enough attention. I would occasionally go off on a 15-minute tangent on radio about a particular historical incident or person, and my audience pushed me to turn that impulse into some full-length history podcasts. If you want to learn about the Battle of Lepanto, type my name and Lepanto into Google. Awesome stuff.

What has podcasting done for your career?

I started in digital radio and podcasting, so it has made me very focused on metrics and audience growth. Since there are no geographical limitations with podcasting, there is no ceiling to your audience. In any place where I don’t have an affiliate, it’s great to know that I can grow audience via this podcast or broadcast radio stream.

How do you manage your time between radio, “Rising With Krystal & Buck,” podcasting, appearances and personal life?

To be honest, I don’t know how well I manage that balance - I just try to execute. I get up at 5am every day for TV and finish radio around 9pm at night. It’s a very long day. I get fired up about my work and I feel such an obligation to bring the best for my audience all the time. I have a deep affection and respect for my listeners. I refuse to let them down.

What’s show prep for you?

Show prep is constant. Everything is show prep - every worthwhile experience, every lesson and, of course, all the articles, books, debates and lectures I read or attend. Show prep is life.

Catholic Charities does a lot of fantastic work.

Where did you go on your last vacation?

I wish I could say I climbed Mount Everest or went to Machu Picchu, but I spent a week in Aruba. I basically crashed on the beach and read books. It was heaven. Aruba is a great spot.

When listening for fun, what radio format or type of music do you prefer?

I’ve been told I listen to a lot of “Brooklyn hipster music,” but I’m not even sure what that means. Bloc Party, The Black Keys and Radiohead are all high on my playlist though.

Since you've done them all, what advantages does radio have when compared to other media?

Radio done right is a one-to-one conversation. I think it allows for the strongest bonds to be formed with the audience. People who see me on the street who know me from TV tend to wave and smile. People who listen to my radio show often hug me. We spend three hours a day together, and it becomes a kind of extended family.

Do you have any advice for up and coming radio talent?

It’s all about the audience. If you serve and build your audience, you’ll achieve success. But there are no barriers to entry anymore in the audio space, so you’re going to have to stick out among a lot of podcast and digital streaming noise.

What else would you like our readers to know?