The annual event is produced for the Library of American Broadcasting Foundation (LABF) by the International Radio and Television Society Foundation and was emceed by ABC News “Nightline” anchor Juju Chang.

The Giants of Broadcasting celebration was created by the LABF to honor the remarkable creators, innovators, leaders, performers and journalists who have brought the electronic arts to the prominence they occupy in the U.S. and the world today, and who have set the stage for the future. 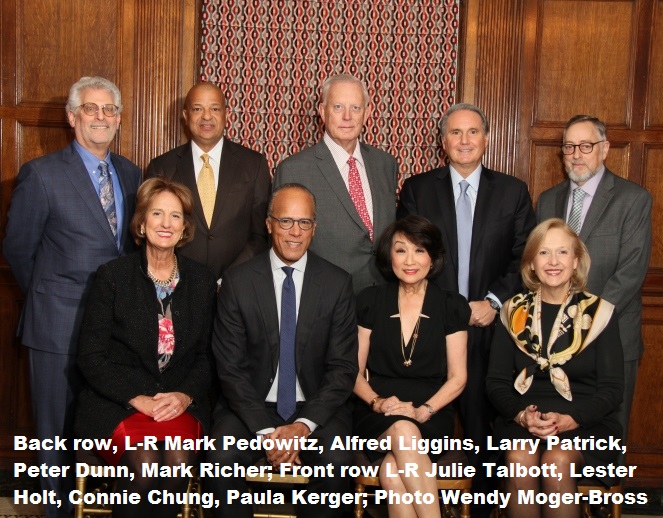 The LABF has honored more than 200 leaders in the broadcasting industry since the event’s inception in 2003. Proceeds from the luncheon continue to support the work of the Library of American Broadcasting Foundation. A portion of the proceeds will also support the International Radio and Television Society Foundation’s student training programs and diversity initiatives.