If there’s a social-media app perfectly suited to people in radio, it might be Clubhouse. The audio-only platform, launched in April by Alpha Exploration Co.’s Paul Davison and Rohan Seth, is currently seeing exponential growth, with users increasing from 2 million to 10 million between January and February. But why should people want to adopt yet another social-media tool? In this particular case, it’s because Clubhouse plays to the strengths of the radio industry, which already knows its way around the audio-content business.

It also creates new opportunities for personal and professional engagement at a time when coronavirus seclusion has made people starved to hear others’ voices. 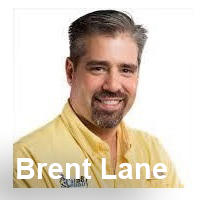 Currently in beta testing, Clubhouse’s invitation-only, iOS-only limitations give it an air of exclusivity. Bonneville KNCI Sacramento, CA (105.1) PD Joey Tack says the first time he used the app, “it was like walking up to a table of professionals at a seminar and sitting down, when that would never be appropriate any other time.”

Rooms can be scheduled in advance and recur regularly or pop up on the spot. In that sense, says Curtis Media Group WQDR Raleigh, NC (94.9) PD and afternoon host Mike Biddle, “This is Zoom without having to worry about what you look like.” Because there’s no video or text component, it’s one of the most mobile of social-media apps, with programmers and talent who’ve already signed on saying they may punch up a room when they get in the car or let it play in the background while working. In other words, radio people are listening to Clubhouse the same way their audiences listen to radio. “For us in the industry, it has become a popular thing, and it’s certainly on people’s radar,” Biddle says. “To the average listener right now, it’s something they may have heard of but not had a chance to explore. It’s going to take a while before that becomes a bigger thing.”

If Clubhouse’s exponential growth rate continues, that day may arrive sooner than expected. The company reached a valuation of $1 billion after a January funding round. Other companies have taken note, with both Twitter and Facebook developing audio tools to compete.

Usage in the country radio and Nashville music communities began spiking in late December and January following early acceptance of the app by groups that included tech investors, entrepreneurs and Black influencers. By Country Radio Seminar, it had grown so popular among the country industry that RJ Curtis and members of the CRS agenda committee had scheduled unofficial, after-hours rooms each night during the conference.

“It’s going to be interesting watching how radio people understand the impact and the power Clubhouse could have on their career,” says social media marketing strategist Lori Lewis. “You could use Clubhouse to really cut your teeth with public speaking.”

Even “veteran” Clubhouse users are still experimenting with the kind of programming that works best. Some hosts have created after-show rooms. Lane plans to test community events “Cat Country 98.7” has previously hosted on Facebook Live on the app. Artists, managers and publicists have toyed with ways to engage fans along the lines of audio meet ’n’ greets where individuals could be brought up to the room’s “stage” for one-on-one interactions while others listen. Some creators play music for their rooms. Bailey says she has attended songwriter rounds.

“It’s fertile ground for networking, creating and trying things,” says Tack, who has co-hosted a weekend ’90s Country room. “The VO world has really taken to this. The VO folks are almost doing live airchecks of each other. I would not be surprised if a PD goes on there and does free live airchecks.” “there’s a very insider, very industry feel” to Clubhouse, adding that “if you’re in radio or journalism, these are folks you could never get on a phone call or Zoom with.” Even better, their presence on the app indicates they’re in the mood to talk.

Another Way To Connect With The Audience

As the app goes mainstream, radio will need to get imaginative about finding ways to involve their listeners rather than just talking among colleagues.

“I’m intrigued by what we can do in terms of interacting with our listeners,” Biddle says. “It’s another way to connect with our audience in a way that’s unique for them. How cool would it be, as an avid listener to a station, if the morning show you’ve listened to for years decides to have chat rooms that you get to participate in?”

Lane says he’s still working out what might be successful for his station. “It’s the wild, wild west when it comes to how you take audio-only social media and let people interact with it.” One idea he has: live focus groups. “I think I’m going to basically do a live music test,” he says. “I’d probably port it through my board so I could use the audio I want.”

While Clubhouse recently has focused on scaling, its creators also are looking at how to monetize the platform via tipping, subscriptions and ticketing.

“Now is the time to cut your teeth, get in there and build an audience base beyond what you usually serve,” Lewis says. “There’s so much opportunity at Clubhouse to tap into what you love talking about and into a whole new audience.”