Having to hold CRS virtually may have been a blessing in disguise, as two waves of ice and snow in Nashville almost certainly would have disrupted an in-person event last week. “I feel fortunate to have been able to attend this way,” Stone Door Media Lab’s Jeff Green tells Country Insider, “as I surely would have been stranded en route and probably would still be sleeping on the floor at DFW trying to get there or to return home!”

For all the things that fell by the wayside, holding the seminar online allowed for at least one highlight that wouldn’t have happened otherwise. No way could UMG Nashville Executive VP, Promotion Royce Risser have set off explosions like that at the Ryman Auditorium.

“I never knew how exciting it would be to watch Royce play with pyro during the UMG lunch,” says Joey Tack, PD at Bonneville KNCI Sacramento (105.1). While everybody missed seeing their colleagues, “being able to chill and my desk and on my couch and watch everything was nice,” says Nikki Thomas, PD at Bristol Broadcasting WXBQ Johnson City, TN (96.9). “There’ve been a lot of times that I wanted to see things that were happening at the same time.” With nearly all the sessions aside from musical performances staying online, registrants will be able to watch panels for 60 days after CRS.

Between the mentoring sessions, the networking rooms and (maybe especially) the chat tool that ran beside session video, CRS managed to replicate the sense of community that’s an essential part of the event.

“My favorite moments were the times I spent in the various mentoring and hangout rooms,” says Cox Media Group Houston Director of Operations Johnny Chiang. “I caught up with so many old friends and made a bunch of new ones, as well.”

iHeartMedia Director of Country Programming, Kentucky/Indiana Region Ashley Wilson adds: “I enjoyed the format of the mentoring sessions. Raffi Braun from Triple Tigers was one of the memorable ones. It was a good opportunity to talk through some of the challenges we have all experienced over the past year. I’d like to see CRS host similar networking events throughout the year.” 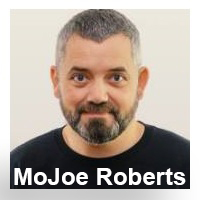 coming back to MoJoe Roberts to describe this year’s CRS are “authenticity” and “adaptation.”

“Authenticity was a running theme from the Maren Morris/Luke Combs conversation to the ‘24/7 Brand’ and ‘TikTok Ya Don’t Stop’ panels,” says the PD at iHeartMedia “95.5 The Bull” KWNR Las Vegas. “And, like most of us did in 2020, the entire seminar was a lesson in adaptation. As the CRS Research Presentation showed us, country radio has done a good job adapting but there is still work to be done. While I look forward to meeting again in person, I certainly enjoyed absorbing all of the data presented from the comfort of home.”

For Bryan Webb, a show producer at Apple Music Country, the Believers Breakfast turned out to be a highlight. “It opened my eyes to what a great faith-based community country radio has.” Webb adds, “I am still in awe at the candid and necessary conversation Luke Combs, Maren Morris and Ann Powers had around race and inclusion in country music.”

Likewise, Roberts calls the Combs/Morris interview “far and away the most real and important moment of the week.” CRB Executive Director RJ Curtis went even further in a Facebook post, comparing it to the CRS moment 32 years ago when Randy Owens challenged country radio to begin partnering with St. Jude Children’s Research Hospital.

“As a member of the CRS Agenda Committee, I was proud of the sheer amount of learning and takeaways we were able to provide to attendees this year,” Tack says.

Fellow Agenda Committee member Brent Michaels believes the week’s big takeaway is that radio needs to be aware that listeners are turning more to DSPs to find music. “More than ever, our personalities and content need to be entertaining and relevant, because music discovery is happening all around us,” says the PD at Buck Owens Production Company “KUZZ Radio” in Bakersfield, CA.

Former Cumulus Media “99.5 The Wolf” KPLX Dallas afternoon personality and PD Mark Phillips agrees. “The CRS Research Presentation was another reminder of the vital role streaming plays in our brand's success,” he says. “I was also impressed with all the young talent under 30 in our format in the ‘Inventing Yourself’ session. I feel re-energized about being in country radio.”

“Under the crazy circumstances, I thought the virtual 2021 CRS went off really well!” Chiang says. “RJ Curtis and his team did an incredible job making the experience engaging and fun.” – Country Insider