Based at Cumulus Media CHR “Q99.7” WWWQ Atlanta, “The Bert Show” has been offering a blend of lifestyle advice, national entertainment news, celebrity interviews, humor and on-air community to listeners for over 17 years. Anchored by its namesake, Bert Weiss, the show entered syndication in 2010 and is now heard in 17 markets, reaching an estimated audience of one million people weekly. Weiss talked to Inside Radio about his beginnings in the business, the pandemic’s impact on his show and how “Bert's Big Adventure" is personally rewarding for him.

When/how did you get the "radio bug"?

It’s kind of a long story, but being in radio wasn’t my goal. My goal was to be a TV sportscaster. But to get my foot in the door to any media outlet, I got a job at KSON (at the time, a country station in San Diego). I was a research assistant, playing hooks for listeners over the phone to determine what songs we should play on the station. On my breaks, I would go into the production room and record myself doing mock sports reports. There was some urgent breaking sports news about the Padres, and the jock on the AM station knew nothing about sports. He had heard me practicing each day in the production studio, so he asked me if I would go on the air and explain this “Padres thing” to him. I said,” sure.” Then he asked me to go in once a day. He got blown out and the next jock said he’d heard my report and asked me how many times I was doing it each day? I lied and said once an hour. So, he started putting me on four times a shift. That was the start and the beginning of falling in love with the industry.

What stations/personalities influenced you in the "early days"?

I woke up every morning looking forward to listening to (San Diego's) Jeff, Jer and Tommy Sablan.

How is your content and approach different now compared to before the coronavirus?

The content hasn’t changed at all. We have always discussed social issues. This is no different. We’re getting fewer calls so there’s less listener interaction and not as many “phone topics.” Outside of that, the goal is the same: try and bring A-level content each break.

What's show prep for you?

Life mostly. “The Bert Show” is based off our personal lives, primarily. The highs. The lows. If our content antennas are up all the time, we each bring in different experiences to the show because we’re all in different stages of life. Outside of that? I sail to the end of the internet each afternoon looking for demo-friendly, lifestyle content we can debate.

Superstitions? Any "must do" rituals before work?

Over prepare.  I cannot sleep at night if the entire schedule isn’t set for the following morning. We might not always use it, but I want to know that we don’t have to “wing it.” I can move content around, eliminate it or add it when I wake up in the morning or during the show. But I need the safety net of the schedule. PPM has really changed the game for me. We really strive to bring “A” material each segment. And, frankly, I’m not talented enough to go in and wing it. Kidd Kraddick would come into the station with two notes and do an entire show around those two content ideas. I never saw him work off a schedule. I am not talented in that way.

How do you manage your time between the show, social media, podcasting, appearances and personal life?

Poorly. I gave up on balance a long time ago. I tried time blocking and I suck at it. Just stressed me out. So, I try and focus on my “to do” list and not get distracted until one task is done, then I move on to the other. Generally, my workday is done by 4 or 5.

Taking children with chronic or terminal illnesses each year to Disney is one of the ways you give back to the community.  How is "Bert's Big Adventure" personally rewarding for you?

I can honestly say I build off Bert’s Big Adventure’s perspective every single day in everything I do. There’s a huge difference between a problem and an inconvenience. These families have problems. I have inconveniences. And that principle keeps me grounded. 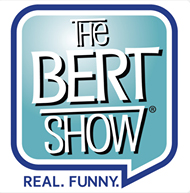 Here Are 2020’s Most Powerful People in Podcasting.

Small Market Radio Is Re-assessing The Value Of Ratings.