The focus on racial justice in 2020 that has filled the streets with protests across the country has brought a new focus on media buying practices on Madison Avenue. The result is the American Association of Advertising Agencies, or the 4A’s, has unveiled a new initiative designed to funnel more ad dollars to minority-owned radio stations and media outlets.

4A's CEO Marla Kaplowitz said after the death of George Floyd in May, an “awakening happened” in the ad community that it needed to do more to address the disparity along racial lines in how media buys have been placed. When media consultant Sherman Kizart reached out to the 4As to reissue the Fair Play Charter unveiled two years ago to address so-called “No Urban/No Hispanic” dictates, the conversation quickly expanded. “We felt we needed to do more,” said Kaplowitz. “That wasn’t enough – because there are so many issues that we need to address in our industry.”

The result is a five-point commitment, developed through a series of meetings during the past several months. It is a combination of new business protocols, media measurement, and staff education. “I hope this becomes the best deal for humanity, as opposed to the best deal in terms of price,” said Steve Williams, COO of WPP/Group M’s Essence Global, who has helped to spearhead the project. 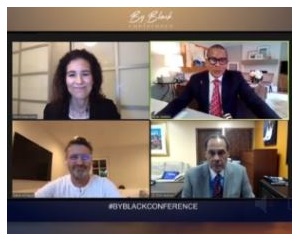 The 4A’s biggest commitment in terms of impact may be its move to do away with the words “general” or “total” market planning. The trade group said such media planning terms are “no longer acceptable” and buying practices instead must address the multiculturalism and segmentation of the changing marketplace. “It’s old language; it’s not for the times, it’s not for the future,” said Williams during a Power of Urban Radio segment at Thursday’s By Black Conference.

There is also a commitment to work with agencies to fight racism. That includes organization-wide bias training, starting with the leaders of ad agencies. “Our industry must shift attitudes, behavior and actions,” the outline said. The job of the 4A’s task force will be to create tools to measure how that progress is developing, and to hold companies that come up short accountable.

The 4As says it will also push buyers “plan to a standard” to ensure a broader, holistic approach when it comes to targeting discrete audiences. It said it will work with media buying agencies and media owners to design a planning program to promote and accelerate awareness and consideration of minority outlets.

The 4A’s said it will also take steps to track the progress it makes. Williams said that piece hasn’t gelled as much as he wished it had under the Fair Play Charter, and he hopes this new push “hardens that piece up.” That could mean data that shows increased revenue for minority media, or a greater share of ad budgets. Williams said they will rely on media owners to share data to help those numbers come together. The initiative will also explicitly push for media pros to invest in minority-owned companies, along the lines of GroupM’s year-old New Majority Ready initiative.

“We’re at the beginning of this journey to create a lot of these actions,” said Williams. “There will be a playbook, we’ll write in down, we’ll have conversations about it, and we’ll hold ourselves to account accordingly.”

Kaplowitz said the commitment launches with the backing of all of the big media buying agencies and their parent holding companies. The 4A’s has organized task forces to take each of the five points and convert them into actions. “It is going to take time, but it is something that everyone is really excited about,” said Kaplowitz.

Don Jackson, CEO of the television production company Central City Productions, welcomed the changes, but urged the ad community to focus on Black-owned radio and television rather than companies that simply target the community.

“You have to be careful about what we call ‘the front’s’ out there that may be targeting minorities – that is an affront to Black-owned media. It’s not fair, and it shouldn’t be done,” said Jackson. “Not that we are against minority-targeted media, but where we need the most help is for our Black-owned media.”

Kaplowitz said at the urging of Black-owned companies, more emphasis was put in the initiative to target those types of media outlets. “When you are part of a large media company there are benefits and advantages to that, and that isn’t creating equity if we’re not focused on how to make sure a rising tide lifts all boats,” she said.

Williams agreed, and said their goal isn’t a “homogenized success” but rather success in each vertical. “This is about driving equity into the business of media across planning, buying and research,” he said.