Part six in a series on strategies and successes of top agencies that buy into radio. If people at The Richards Group get the slightest push-back from their clients about advertising on radio, all they have to do is mention their work for Motel 6 to turn things around. The success speaks for itself.

Over the last 33 years, the ad agency has been creating Motel 6 ads and placing them on radio. It uses the folksy voice of Tom Bodett to tout the virtues of frugality, dropping the line “We’ll leave the light on for ya” at the end.

Radio was the only medium that was used for the Motel 6 ads for many years. “It was only later that we introduced television,” says Stan Richards, the agency’s founder and creative director.

“We drove business at a remarkable rate and turned what was a very sleepy under-utilized and under-perceived brand with a radio campaign,” he adds.

“At the time we started the campaign, no one else 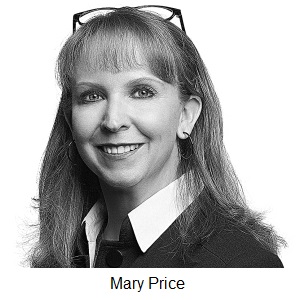 in the lodging category was using radio. We were outspent by our competitors. But it helped us stand out on the stage by ourselves,” adds Mary Price, a Richards Group principal leading brand media.

Radio was a natural because “we knew that our target audience would be listening to the radio while they were on the road,” Price says.

There’s a streak of individualism that runs through the Motel 6 ads that speaks to The Richards Group itself. The Dallas-based agency is one of the largest independently owned ad operations in the U.S., with billings of $1.4 billion—about 10%-15% of which is devoted to radio ads each year.

There are several other Richards clients who make radio an important part of their campaigns. Among them: Firehouse Subs, the Choctaw Casino in Oklahoma, Ruth’s Chris Steak House and KeyBank. 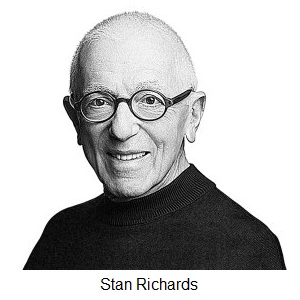 While the principals of other indie agencies have succumbed to the lure of selling their companies to larger firms, Stan Richards is determined to keep his independent. “I’ve seen to it that it can’t be sold even after I croak,” says Richards, who started his company as a freelance practice just after graduating from Pratt Institute.

“I’ve never felt the need to put a whole bunch of money in my pocket. We don’t have any partners; we don’t have any investors. It’s all up to me. And I’m much more interested in how we do, and the kind of work we do, than I am about getting super-rich.”

Price is a big fan of Cumulus Media sports “The Ticket” KTCK-AM&FM in her shop’s home market of Dallas. And Richards loves sports talk too.

“Radio is really overshadowed in the press, because digital is what people want to talk about,” Price says. “Radio’s done a nice job of moving into the digital space, providing streaming feeds so you can reach your target not only when they’re in the car going to work but also catching them in the office when they turn back to that favorite station.”

That said, she feels that radio stations can do a better job of bundling together digital and broadcast opportunities for clients.

She believes radio salespeople have done a good job helping to educate the agency’s planning staff about the latest research. And even though the data might be biased, given the source, it makes her team do their homework and drill down into other radio-related reports.

When it comes to creating ads, radio is a writer’s medium, Richards says. His agency’s strength in that area—and the continued strength of the Motel 6 ads—was made clear at the most recent Radio Mercury Awards, when one of Richards’ writers took the top $50,000 prize for work on the chain’s ads.

“At so many agencies, the radio assignment gets handed off to the kid that started six months ago because the senior people are too busy working on television,” Richards says. “We don’t treat it that way. The most senior, most effective writers in the agency are working on radio.”—Janet Stilson