Decades before Ronald Reagan was sworn in as America’s 40th president, he called hundreds of Chicago Cubs baseball games for WHO Radio — while sitting in a studio in Des Moines, Iowa.

His “broadcasts” consisted of Reagan, hundreds of miles from the closest Major League Baseball stadium, giving fans a “live” account of the game that in reality was based on wire service play-by-play. In one famous instance, Reagan was forced to improvise during a Cubs-Cardinals game when his feed was lost. Not wanting to reveal to his audience what had occurred, he decided to stall for time by giving bogus accounts of foul ball after foul ball until the actual updates returned.

“[Augie] Galan popped out on the first pitch,” Reagan recalled in his autobiography. “Not in my game he didn’t. He popped out after practically making a career of foul balls.” 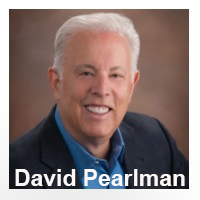 “Reagan played the ultimate game of the theater of the mind,” says longtime radio executive David Pearlman, president of Pearlman Advisors. “He was calling a game, inserting crowd noise, and trying to satisfy a regional legion of Chicago Cubs fans at the time. We might be looking at the past to see the future.”

It remains to be seen if radio play-by-play broadcasters in 2020 will have to resort to the kinds of strategies employed during the medium’s pioneering days. On Wednesday (June 3) MLB owners rejected the Players Association proposal on how to resume the season and said it would not send a counteroffer. But if and when MLB games return this year, this much is for certain: Broadcasters of baseball and other professional and college sports will be navigating terrain that’s substantially different from the pre-COVID-19 era.

Game announcers might be relying on video feeds to call the action — from a safe, isolated place. Stations could internally create some of the sounds fans are accustomed to hearing inside the stadium — namely, the roar of the crowd — to enhance the listener experience.

“It’s not that far-fetched,” says Pearlman. “If you think about it, there are plenty of scenarios under which broadcasters… would try to generate the cadence and the excitement in their play-by-play calls that we’ve all become accustomed to, all while trying to entertain us in a silent stadium. That’s a pretty challenging thing to do.”

Sports radio executives interviewed by Inside Radio expressed relatively little concern — at least for the time being — about how their listeners might react to live broadcasts played in empty stadiums. But others believe faux crowd noise is coming to television.

“Baseball’s authenticity is part of why it’s America’s pastime,” he says. “I just watched ‘Field of Dreams’ for the umpteenth time this past weekend, and the baseball was amazing, even though it was just Ray Kinsella and his family in the bleachers.”

He continues: “We’ve always believed that the radio experience of baseball, whether the stadium is full or not, is of tremendous value to our advertising partners, and they’ve shown that they agree. That said, I do believe that the appetite for baseball — and all live sports — will be voracious and we can’t wait to get started.” Mark Chernoff, Senior Vice President and Sports Format Captain for Entercom, which produces New York Yankee broadcasts for more than 50 stations in 14 states (including flagship WFAN in New York City), says for his operation it will be a matter of exploring what works best.

“It will be certainly be different, without crowds and without the presence of our announcers at the ballparks on the road,” he says. “However, fans will still benefit from the same enthusiasm, passion and entertainment that our announcers bring to games.”

Pearlman says it’s a question of how things are going to ramp up, if at all. The truth of the matter is that everyone involved will be swimming in uncharted waters, and how listeners respond will remain an open question — at least until the games begin.

“Consumers of radio play-by play certainly have a certain expectation, a full sound in their mind, of what that should feel like,” he says. “And what we don’t want to have is something that feels phony. And the last thing we want to do is have a ballgame sound like a sitcom, with an annoying laugh track.” “There is a tremendous pent-up demand for live sports and great sports stories,” he says. “Much of the heavy lifting will fall on the announcers doing the games to keep fans engaged with great commentary and storytelling in between the action.”

In terms of advertising, Chernoff says he sees positives. “Many of our advertising partners are ready to get back on the air to promote their products and services,” he says, “and we know that our listeners are clamoring for live games. This will translate to even greater reach and engagement for advertisers.”

One significant change to broadcasts is maintaining safety. Major League Baseball as well as individual teams will be establishing specific guidelines, and broadcasters will need to overcome those restrictions to deliver the action for listeners. McCarthy says ESPN will be up for the task.

“At ESPN, we are looking at every scenario to keep our broadcasters safe,” he says. “The possibility remains that we may have to call some games from inside the studio or with broadcasters from home for a while. We are working on many different options at this point... Obviously, more interviews will be done live, over the phone or on tape — no different than has always been done on audio. Those broadcasters who have existing relationships with coaches and players will have an advantage.”

Chernoff says his team’s top priority is safety. Assuming the implementation of safety protocols, including social distancing and access to testing, he hopes to be able to broadcast home games from Yankee Stadium.

MLB, he says, has a tentative plan for announcers to be in their home stadiums, but not on the road. For road games, broadcasters can work from the WFAN studio or possibly the YES Network studios in Connecticut.

“Access to players will likely be different, but we will continue to work with the team to get the star of the game on with us and also pick up the manager’s press conference after the game,” he says. “The one thing that will likely change is getting postgame player interviews in the clubhouse, although more players may be made available for some postgame press conferences — again, allowing for social distancing.” – Sean McDevitt