was staged virtually for the first time in its 10-year history and fans kept the massive music event a top trending topic on Twitter in the U.S. and worldwide over the weekend. Featuring performances recorded on stages in Nashville and Los Angeles, the online festival used cutting edge technology and unique collaborations to stand out among a growing number of virtual events that have cropped up to fill the void for in-person concerts in the wake of the coronavirus.

Top air talent from iHeart’s stable of syndicated hosts appeared throughout the two-day event, which was once again MC-ed by Ryan Seacrest. 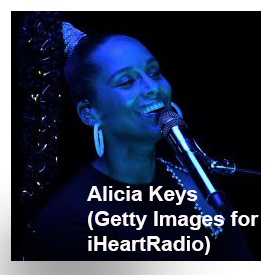 Alicia Keys, who played the very first iHeart festival, kicked off the first night performing her new hit song “Love Looks Better.” Seacrest took the stage next, saying, “Tonight we’re grateful to these musicians that have come out to bring us together through music – because that’s what the iHeartRadio Music Festival is all about.” “The Breakfast Club” introduced a fiery performance from Migos in front of a virtual audience on the Capital One Fan Wall, putting their fists up to the virtual audience in support of Black Lives Matter.

Thomas Rhett who performed an array of hits from Nashville, including “Be A Light.” “I hope this song, if you’ve heard it, has encouraged you, put a smile on your face, brought some joy to your life. I know it has mine, Rhett said before introducing surprise guest Jon Pardi to perform “Beer Can’t Fix” together.

Coldplay reunited virtually to play some of their biggest hits including, “Viva La Vida,” “Clocks,” “Fix You” and “A Sky Full of Stars.”

Elvis Duran introduced global phenomenon BTS, who this summer had the largest streaming concert in history, to remotely perform their hit songs from Seoul, South Korea.

Keith Urban kicked off night two on Saturday, performing “Somewhere in My Car” from his car before making his way to the stage where he was joined by his full band and his guitar for a pyro-infused ending of the hit song. Urban also duetted on “The Fighter” with Carrie Underwood, who appeared on a screen behind him.

Enrique Santos introduced Kane Brown as he was beamed from Nashville to the L.A. stage through a new hologram technology, PORTL, for his performance of “Be Like That” alongside special guests Khalid and Swae Lee. Kane Brown was later welcomed back to the Nashville stage with his full band in tow to perform a bunch of his hits including his new equality anthem, “Worldwide Beautiful.”

Other performers included Usher, Swae Lee and Bon Jovi, who kicked off their set with “Do What You Can,” featuring Jennifer Nettles on a screen beside them.

Miley Cyrus closed the festival performing from L.A, with a set that began with an electrifying cover of Blondie’s “Heart Of Glass.”

The virtual concert was broadcasted across iHeartMedia radio stations nationwide and on the iHeartRadio app, with The CW Network video streaming it on its app and website. The CW will air performances from two-night festival Sept. 27-28 (8-10pm ET).