A strong backlash from SAG-AFTRA members has erupted in recent weeks to sweeping changes to the union’s health plan. A grassroots campaign and online petition are gaining steam to overturn the changes and there are threats of legal action.

Changes to the health plan, which is operated by trustees of the union – half of whom are appointed by the union and half of whom are appointed by contributing employers – were announced in August. They include an increase in the earnings eligibility that goes into effect Jan. 1, 2021. This mostly affects those who are currently in the lower-level Plan II, which required members to earn at least $18,040 a year. That plan is being eliminated and the earnings requirement for Plan I, the higher-tier option, is being reduced from $35,020 to $25,950. That means those who are currently offered Plan II coverage will not be eligible for insurance in 2021 due to a nearly $8,000 earnings requirement increase. Eligibility is based on a member’s previous year’s earnings. On the other hand, the threshold for those who do satisfy the new earnings requirement is nearly $10,000 lower than the previous Plan I coverage, and those participants will receive significantly higher benefits under the single-tier plan, a Health Plan spokesperson told Inside Radio.

The changes come as many in the radio, TV, stage and film industries are struggling. With widespread job cuts and productions that have ground to a halt due to restrictions from the pandemic, many members are counting on their union benefits. Additionally, with the new premiums being instituted in less than four months, many do not have the opportunity to bump up their earnings to the new eligibility threshold in time, due to a lack of work opportunities. 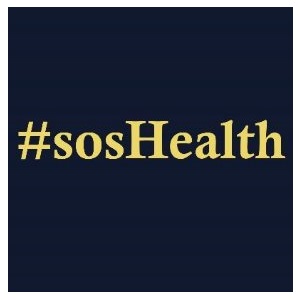 Dissatisfaction with the changes has resulted in a widespread social media campaign (#SOSHealth) and the launch of an informational website, SOSHealthPlan.com, and accompanying Twitter account. The site claims changes to the plan will result in 35% of the current 32,600 participants losing coverage. “During a pandemic, a work shutdown and economic crisis,” a posting on the site read, “these draconian changes affect all performers: day players, stunts, singers, stand-ins, background actors, dancers, recording artists, voice-over artists, broadcasters, and most importantly, the seniors who built our Union.”

The health plan spokesperson disputes that claim, saying “it’s estimated that only 10% of participants may no longer qualify due to the increase in active plan eligibility.”

SAG-AFTRA members ages 65+ who are taking their pensions will no longer have residuals counted toward yearly earnings. However, these same members will continue to make contributions to the plan and pay dues and taxes based on their earnings. The residual earnings are not counted because Medicare would be the primary health care for those over the age of 65, the health plan spokesperson says. Senior performers will not lose coverage but instead will have alternative coverage through VIA Benefits.

Additional changes include increased premiums and insurance eligibility for spouses under the health plan.

The new plan structure says that a spouse of a union member who is offered coverage by their employer must accept that coverage and come off of the SAG-AFTRA plan, while the SAG-AFTRA Health Plan will serve as a secondary payer after the spouse’s employer plan. The website is filled with first-person accounts of how the changes will affect union members.

In announcing the changes, the trustees of the health plan said they are necessary “to address financial deficits facing the plan. By 2024, the Health Plan is projected to run out of reserves. We must prevent this from happening.”

A Change.org petition has gathered more than 18,000 signatures asking the trustees to overturn the changes. The petition claims the changes would put “SAG/AFTRA members and their families lives in danger” and calls on health plan union and producer trustees “to overturn these changes immediately.” The spokesperson tells Inside Radio that the petition contains “numerous inaccuracies.”

Legal Action Among Options Being Considered

LA Local Vice President David Jollife, described as one of the organizers of the movement against the changes, said they are looking at three options: legal, public pressure and member education and outreach.

He says legal issues that may have been breached by the trustees in making the sweeping changes include breach of fiduciary duty, mismanagement, sex discrimination, conflict of interest and age discrimination. A strike and a dues boycott are not options, he said. “We are here to fix what we have, not to break it,” Jollife said. “We need to turn the ship around, not torpedo it.”

The trustees have buckled slightly, offering an 80% reduction in COBRA premiums for many plan participants who will no longer qualify for coverage. The discount comes after an earlier 50% premium reduction for the second quarter of 2020 for active and new COBRA participants.