Data has become the new radio currency, an essential fuel used for much more than just validating a station's reach and audience strengths. From prospecting, to prepping for that first meeting, to proposal generation, closing, creative tweaking and assessing the campaign outcome, some combination of data, analytics and AI but is being used for every aspect of the sales process.

“Research is being used throughout every step of the sales process these days because we have to break through the noise and attention,” says Sophie Fry, Director of TopLine, the sales research and insights platform from tech provider Futuri. That has only been exacerbated by work-from-home routines that limit the amount of face-to-face contact with clients and prospects.

“We’re not just sellers, we’re storytellers, and I use data to tell stories that prove radio’s viability and effectiveness,” says Jonathan Daniel, a Senior Account Executive for Cox Media Group in Jacksonville. “Every seller needs to understand the consumer decision journey in the age of data, digital and devices.”

Going beyond just audience ratings, qualitative audience data has become a critical sales ingredient. “Leveraging qualitative data to tell the story of how a particular station parallels with a target customer’s lifestyle is so important,” says Daniel. “Qualitative data helps us tell stories that often result in a prospect buying from us emotionally, and then justifying that buy rationally.”

Qualitative is “imperative” for 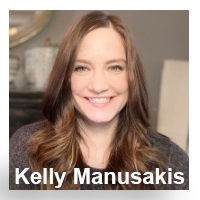 showing an advertiser’s campaign is going to reach the right type of audience, says Kelly Manusakis, Senior Account Executive for Tegna's radio cluster in Columbus, OH. “It’s a great reminder to them that they are not buying a commercial, they are buying an audience,” she says.

Backing up a bit, data now plays a prominent role in both securing a meeting with a potential client – and preparing for it. “The rep needs to earn the meeting,” says Fry. “They need to have info that is relevant to that decision maker.” Services like Topline’s Appointment Prep Reports and one from another provider called CrystalKnows can give a rep an overview of the buyer’s personality type. Daniel says these tools allow him to “see where the prospect and I both fall on the DiSC personality profile chart and provides guidance on where I may need to tone down my approach or perhaps turn up the tenacity, depending on the client/prospect’s specific personality traits.” Of the thousands of AI-generated reports Futuri cranked out for sales reps in 2020, “at least 40% were used just to sell the appointment before the rep was even in front of the client for the first time,” says CEO Daniel Anstandig.

Once a meeting is set, the focus turns to uncovering insights about the prospect’s customers to fuel a discussion about how radio and digital can help meet its goals. This, along with trends and insights about the prospect’s category are especially crucial as radio looks to move beyond the handful of categories that have long buttered its bread and into new verticals that can help diversify its revenue stream.

Executive Carlene Swensson relies on reports by category, company and dates for meeting prep. “Our strategy is to look at numerous data sources including those provided by the prospect to give an in depth look at their customer profile,” she says. Swensson also uses research to help determine spot length, creative messaging, key days and times for marketing, and to determine which digital marketing components to augment the campaign. At least six data points are used, Swensson says, including a direct correlation between the time a client’s commercial aired and activity to their website.

Anstandig, whose company works with ad sellers to harness data and AI to grow revenue, see its role becoming increasingly important in local direct sales. “We definitely see that the account executives that have a marketing mindset and use consumer behavior data to customize the campaigns that they’re pitching ultimately succeed ten times more than those that rely on relationships alone, especially in a marketing environment that’s become so data driven.” Nowhere has data become more important in the sales process than to prove ROI. An entire cottage industry of attribution vendors is flourishing with name like Analytic Owl, Veritone, LeadsRx and C3 Metrics. “We’re not just radio advertising people. We’re advertising and consumer behavior experts,” says Daniel. “We understand how consumers react and respond to all forms of advertising, and it’s important to show clients how radio is driving the quality leads to their online storefront.”

From the buyer’s perspective, attribution data has practically become table stakes in ad sales. “We are tracking return on ad spend in radio,” says Conor Doyle, Senior VP of Strategy & Investment at Veritone One, an ad agency that specializes in audio. “That is what data means to us in terms of campaign planning. Obviously there has been a big shift into ecommerce and being able to understand the relationship between the ad and what took place online is key to proving success in the medium.”