With millions of Americans spending more time at home, broadcasters are devoting more attention to their station streams, which account for a growing portion of broadcast radio listening. The percentage of AM/FM listening taking place online hit 10% for the first time in May 2020, amidst disruptions to media consumption from the pandemic, per Edison Research. Now, with Nielsen’s “headphone listening adjustment” expected to increase AQH persons estimates by an average 59% for encoded standalone streams, stations have an incentive to make sure their streams sound as good – and are as easy to access everywhere – as the on-air product. “The increasing importance of streaming accelerated during COVID as more people stayed home and more listening occurred on devices,” says John Rosso, President of Market Development at Triton Digital. That continued through the summer with weekly Triton data from mid-June to early September showing Total Listening Hours (TLH) to AM/FM streams up by as much as 16% year-over-year.

“To a great degree, COVID has elevated the importance of streaming,” says Jacobs Media President Fred Jacobs. “It has become an essential access point.”

Streaming, of course, has been a priority for many radio companies for years. For example, iHeartMedia relaunched its iHeartRadio app a decade ago and now has 138 million registered users across 250 platforms and 2,000 devices. Entercom has put new emphasis on its Radio.com platform in the past year. These and investments other broadcasters have made in their streaming platforms have been paying dividends for some time.

But since the pandemic’s outbreak, 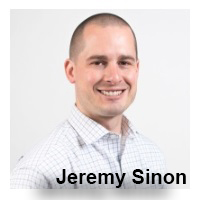 several broadcasters have reported increases in online listening. Starting in April, Hubbard Radio says its stations saw the biggest TLH increase on Amazon Echo devices and a corresponding dip in desktop streaming. “A lot of people traded their work desktop computer for listening on a smart speaker at home during the day,” says Jeremy Sinon, VP of Digital Strategy at Hubbard Radio. While desktop streaming still produces at least double the listening hours of smart speakers, he says its share of total steaming has declined.

COVID disrupted everyday routines and that impacted media consumption habits. “Over the last several months we’ve worked to rebuild that daily relationship back up and remind people of all the places that they can hear us,” Sinon says. “I told our programmers early on, ‘Don’t assume everybody’s following automatically from radio to stream.’” Hubbard stations ran a heavy schedule of promos during the pandemic to encourage listening on its websites and mobile apps and on smart speakers.

However, increased consumption of AM/FM streams may only be temporary. Listening habits may return to normal when more Americans return to the workplace and more typical commuting and media consumption patterns resume.

The combination of increased online listening and Nielsen adjusting audience estimates upward to account for headphone listening (most of which occurs via streaming), has renewed industry debate over whether to simulcast broadcast ads online or monetize the stream separately. Rosso, unsurprisingly, favors dynamic ad insertion, arguing that simulcasting may leave digital dollars on the table. Ad insertion allows stations “to tap into the programmatic networks, which are getting money from the digital budgets and not just the radio budgets,” he says.

Privately, many programmers say they favor 100% simulcasting because it produces a better listening experience. Without painstaking attention, ad insertion can produce transitions where the first bit of sound from the broadcast ad is heard before the streaming ad takes over. But that can be avoided with proper synchronization between the automation system and the streaming encoder and by feeding the streaming encoder a “mix minus commercials” that sends an audio output from the board that includes everything but the broadcast ads.

Another common audience annoyance is stations that turn off the spot frequency capping on their stream to clear as much business as possible – without regard to playing the same spot multiple times in a break to deliver the promised number of audience impressions.

“People don’t put up with products that don't deliver well or bring an inferior experience,” says Jacobs, who suggests setting aside one day a week for monitoring stream quality.

Jacobs says he’s seeing evidence that stations with robust mobile apps, who market them and their smart speaker presence aggressively, “are going to come out of this in better shape, than those who have looked at the stream as an afterthought.”