Alpha Media in recent years has been shedding stations to reduce debt and keep its investors happy. But its financial plans were no match for COVID-19. After what the company said was a “healthy” 2019, the company came up against “significant headwinds” early last year brought on by an exodus of pandemic-battered advertisers. It meant something bigger was needed. In the end, the Portland-based company and its debtholders agreed to use a prepackaged chapter 11 bankruptcy to restructure the company’s debt. 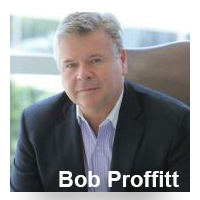 “We have made significant progress in aggressively deleveraging our business in recent years,” said Alpha Media Chairman and CEO Bob Proffitt. “We believe the balance sheet restructuring will provide greater financial resources and flexibility to Alpha Media, enabling the company to strengthen its position as a leading mid-market broadcaster.”

Proffitt told Inside Radio that going the “pre-pack” route will help speed up the restructuring process. “The plan we’ve agreed to positions us well for a market recovery and allows us to continue operating our radio stations with no disruption,” he said.

Under the agreement with its lenders, Alpha Media will not only restructure its balance sheet, but the company’s backers have also agreed to recapitalize the company for the full $267 million. Alpha will also get $37.5 million in new capital. In doing so, Alpha told the court that it will ensure the company has “access to sufficient liquidity not only to weather the economic downturn brought on by COVID-19, but to succeed upon emergence from bankruptcy.” It said it will also mean “limited interruption” for Alpha employees and advertisers.

“We see tremendous opportunity to build on the unique value that Alpha Media brings to its markets,” said Proffitt. “Among other initiatives, we expect to drive greater investment in digital capabilities as we continue to serve our communities.”

No court-appointed trustee is expected to be named as Proffitt remains at the helm of the company that owns more than 200 radio stations in 44 markets, including mid-size cities like San Antonio and Louisville and small markets such as Jackson, MS and Lincoln, NB. The filings made no mention of further downsizing its portfolio.

The lenders, who will be owed less post-restructuring, will, together with Alpha’s management team, collectively own 100% of the equity of the re-organized company, pending Federal Communications Commission approval. The process is expected to take only a few months to complete. Alpha said it hopes to wrap up the restructuring process by the end of June. Proffitt said the new structure will give Alpha Media “greater financial resources and flexibility” as it moves forward, including the ability to invest in digital media. “Our core business continues to perform well despite current market challenges,” he said. “We will continue to invest in our talented teams, our unique culture and expanded digital capabilities as Alpha Media continues to serve our communities.”

Former Citadel Broadcasting founder Larry Wilson formed Alpha Media with six stations in 2009. It quickly grew into one of the largest privately held radio groups as it swallowed groups like Digity Media, Main Line Broadcasting and Morris Communications. Wilson exited in 2018 due to differences of opinion between with the board over the future direction of the company. Wilson remains a minority shareholder in the company.