When strategizing a marketing plan, media decision makers would be wise to stick with traditional AM/FM radio as opposed to popular digital destinations and even television. In a blog post Westwood One/Cumulus Media director of content marketing Lauren Vetrano lays out the case for radio, which reaches millions more than other media and digital outlets. 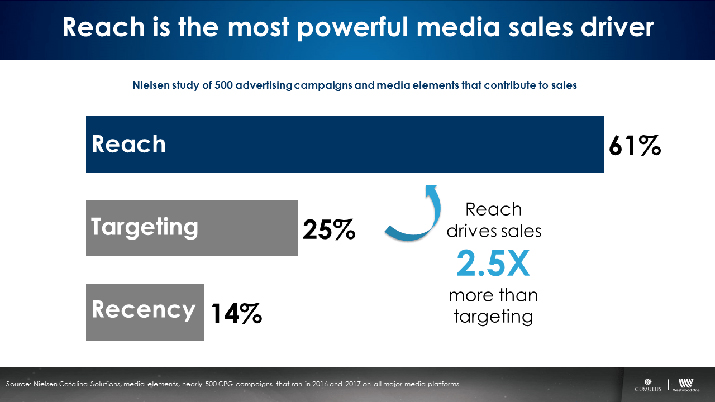 TV and popular digital destinations cannot be ignored, Vetrano acknowledged.  In fact, radio is the perfect companion to using these outlets for a marketing or ad campaign, he says. When combined with TV or digital campaigns, radio’s reach can help brands improve in key marketing initiatives. When allocating 20% of a TV budget to AM/FM radio, the campaign reach is increased by 40%. “The addition of AM/FM radio into the media plan also boosts advertiser awareness, consideration, purchase and brand advocacy,” Vetrano writes.

Vetrano concludes the post by writing, “Whether television, search sites or popular digital destinations, with AM/FM radio in the mix, all media boats rise.”