Advertisers have migrated to media where the impact of their marketing can be measured. That has put pressure on the radio industry to develop attribution platforms that quantify the tangible impact of their campaigns. Broadcasters that have connected clients to these platforms say they’re capturing a larger share of client ad budgets – and keeping them on the air longer. It’s still early days, but attribution platforms are having a measurable impact on ad sales and could help radio level the playing field with deep-pocketed digital competitors.

As radio enters the second quarter, a handful of companies are reporting significant increases in ad spend and dramatic decreases in attrition for clients that use their attribution programs. Advertisers using Townsquare Media’s Townsquare Analytics platform increased their ad spend approximately 20% year over year, according to Erik Hellum, the company’s chief operating officer, Local Media. There was about 50% less attrition among these clients compared to non-connected advertisers. About 15% of Townsquare's current local advertisers use the platform.

Advertisers that began using Entercom Analytics when it launched in late 2017, shortly after Entercom merged with CBS Radio, increased their spending by 11% in 2018, CEO David Field said during the company’s fourth quarter earnings call in February. Entercom has about 5,000 advertisers connected to the analytics platform and they make up roughly 10% of the company’s revenues. 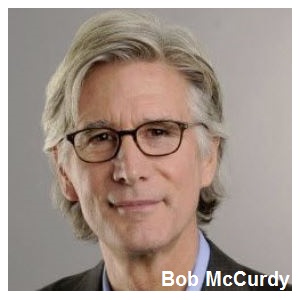 offered an analytics program as long as Entercom or Townsquare, so it’s unable to provide year-over-year metrics. But the impact is clearly being felt by certain clients. Over the course of a year, web visits for a Detroit mortgage broker were 60% higher on days when the client’s spots aired, compared to days when they didn’t, according to Beasley VP of Sales Bob McCurdy. Radio accounted for 11% of the mortgage company’s web traffic with site visitation that lasted 20% longer than the average visit. In another Beasley case study, a Ft. Myers auto dealer averaged 11 visits per radio commercial, with radio accounting for 17% of their Google Analytics goals and 15% of all new web visitors. “These types of metrics are not unusual; we see similar metrics across all markets,” McCurdy tells Inside Radio. The company is now closing in on 1,000 clients connected to its Beasley Analytics program. In the one market where the program has been up and running for a full year, connected advertisers canceled 45% less than non-connected advertisers—and spent 25% more.

Townsquare, Entercom and Beasley use AnalyticOwl to power their platforms. The Orlando-based attribution vendor has amassed some 2 billion responses to millions of broadcast ads for clients that also include Alpha Media and Univision.

One study involving several thousand advertisers for several major broadcasters found spend levels increased 20% year-over-year for those advertisers connected to AnalyticOwl, compared with their non-connected peers, according to GM Rick Kestenbaum. And the cancellation rate among those connected advertisers was cut in half.

One of several analytics vendors working with radio and TV companies, AnalyticOwl tracks and quantifies the impact of on-air campaigns on web conversions and online lift. Townsquare Media, for example, uses a “visits per airing” metric that tracks immediate spikes in website traffic to demonstrate the number of visits to an advertiser’s site attributable to a given airing of a radio spot. The broadcaster also tracks a client’s overall website visits and search traffic on an aggregate basis over time, to help clients understand predictive key performance indicators they can expect. And it looks at whether website visitors take specific actions on the advertiser’s site after the commercial airs (so-called conversion metrics) and other qualitative measures that tie website activity to radio commercials. Last year, clients connected to Townsquare’s attribution platform experienced an average 35% increase in new visitors to their websites during their campaigns, according to the company.

Using data and analytics to show the cause and effect relationship of radio campaigns is having a noticeable impact on business. “The proof of performance and accountability that comes from attribution data makes advertisers much more confident in radio and motivates them to allocate a larger share of their marketing budget to radio, knowing they can track and optimize their advertising,” Hellum says. Broadcasters are also using attribution systems to help advertisers identify which creative performs best and which dayparts are most effective in sending listeners online or into their brick and mortar stores. At Cox Media Group, a client was thinking about shifting gears from an afternoon drive endorsement campaign to an ROS schedule. “We tested both and could show the client the impact of the endorsement vs. the ROS schedule,” CMG executive director of Sales Katie Reid says. At Beasley, salespeople monitor web traffic throughout a campaign to determine when a piece of creative might have run its course. “If visits per airing decline several months in a row, it suggests it might be time to refresh the creative,” McCurdy says. When this happened in the past, the client might have canceled, blaming the medium overall and not realizing the creative was the culprit.

six-market campaign last year with a large consumer products company, which used one of its personalities for the campaign. “The lift in intent to purchase, and the amount of incremental volume they moved during and after our campaign really opened their eyes,” Univision Radio president Jesus Lara says. “We are actively looking for ways to create attribution to the media that we’re placing on behalf of our partners. That’s one of the biggest challenges for linear radio: the lack of attribution models.”

Sellers can also identify which station or daypart is performing best or needs some additional support. “It helps us segue from just another vendor to a valued partner,” McCurdy says.

Taking it up a notch, some broadcasters have begun testing foot traffic attribution to correlate radio campaigns with retail store visits.

While they’ve only scratched the attribution surface and have a ways to go to catch up with digital media, broadcasters use words like “meaningful” and “huge” to describe the long-term impact of data and analytics on their business. “It’s allowing our sellers to have more sophisticated conversations with the client, which includes more robust conversations around results or even better conversations on the importance of the right copy for the client,” CMG’s Reid says. “Long term, clients will have better confidence in how their radio campaigns are working for them.”

Now that radio’s impact can be measured, advertisers are looking at the medium differently – and in a more positive light, Hellum observes. “The changing nature of radio advertising, as a truly measurable media, can potentially translate to advertisers staying on air longer and spending more,” he believes. “We believe attribution will have a meaningful impact on the radio business, and the radio industry, long-term.”

Now that the data genie is out of the bottle, McCurdy believes there is no going back for radio. “We need to embrace and support data as an industry as well as agree on uniform metrics of performance moving forward,” he submits.