The ability of the live read ad to leverage the connection podcast hosts form with their listeners is one of the big reasons the industry has seen brand advertisers rush into the medium that for years had been the realm of direct response ads. But as the ad market recovers in 2021, a growing number of brands are also exploring creating their own content. 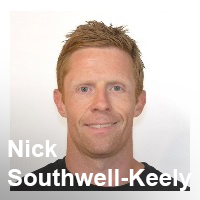 “There has been a huge growth over the last 12 months in podcast investment by brands, and this has not only been driven by the more traditional formats of audio ads and sponsorships, but also increasingly by branded content,” said Nick Southwell-Keely, Acast’s U.S. Director of Sales & Brand Partnerships. He has seen demand coming from a broad spectrum of advertisers, including categories as varied as finance, tech, automotive, fashion, cosmetics, and a raft of direct-to-consumer brands. “The consistent theme that underpins this across growing demand is that increasingly brands are looking for engagement and are embracing long form storytelling,” said Southwell-Keely.

The success of Serial in 2014 is credited with helping many marketers take notice of podcasting. For many the wakeup moment of the potential of a branded podcast came in 2015 when General Electric created the hit science fiction series The Message. The eight-episode series hit No. 1 on the Apple Podcast chart and had more than 1.2 million downloads. It spawned a second season called LifeAfter in 2016.

Sounds That Brands, said during the pandemic many marketers have rethought how they are spending their budgets and that has been good for branded podcasts. “Experiential marketing has been difficult to pull off lately, so we often get the call to replace events,” he said.

The Interactive Advertising Bureau estimated in 2019 marketers spent $21 million on branded podcasts. But those working in the space say the estimates are highly variable as different networks tally their numbers differently while others offer it as added value when a big order for traditional ads is placed. The IAB will release its estimates for 2020 on May 12.

Southwell-Keely said a main driver of growth has been the entry of bigger brands into the space. That includes a growing roster of Fortune 500 companies leaning into podcasts whether through branded segments, episodes, or entirely bespoke series. Increasingly, Southwell-Keely said it is becoming a “core tenant” of their integrated marketing strategies. “Brands are flocking in droves to podcasts, following the growth of the audience and strength of the content in podcasting,” he said.

“The one thing all our clients have in common is that a key decisionmaker is a huge fan of the podcast medium,” said Beasing. “They listen to a bunch of them and think, ‘Hey, why should we always interrupt other people’s stories if we have our own story to tell?”

Beasing sees the gains made in the branded segment coming from not only companies that have tried advertising on shows, but also those who have done little or no podcast spending. “They see this as a natural next medium for content marketing,” he explained. And while producing audio is more expensive than writing a blog, Beasing points out it remains much cheaper than producing video.

Sarah van Mosel, Chief Revenue Officer at Stitcher/Midroll, says one of the biggest challenges for branded podcasts is creating something that gives a marketer the results they are looking for. “The return on investment is not only getting the money back from the good thing you make, it’s also driving awareness, sales, moving the needle on people’s perception of a brand. That’s above and beyond the cost to make something good,” she said. Van Mosel said there is also the reality that listeners form bonds with series and hosts and if a brand opts not to produce additional seasons, the project could even have the oppositive effect of what a brand intends. “It is not cheap to make a good podcast,” she added.

At Sounds That Brands, Beasing said they created their own metric called the Cost Per Deep Engagement formula to measure how their podcast is delivering on key indicators.

“What we sometimes lack in reach, we make up for in quality of reach,” he said. “There’s very little waste. If someone goes to the trouble of downloading a podcast, they’ve pre-qualified themselves as being interested in the topic of that podcast.”

Southwell-Keely said understanding a client’s objectives is always integral to success, but especially having a grasp of the “why” they are pursuing branded podcasts is crucial. That includes having agreed upon what success looks like in terms of various benchmarks and measures, like listenership and brand uplift.

“Many rush into the space with little or no thought as to their creative execution,” Southwell-Keely said. “It’s important to make branded podcasts for the right reasons.” He believes the focus needs to be on not only having the right content for the brand, but also a distribution and promotion strategy. “Consider advertising the branded podcast on other relevant podcasts to drive the requisite growth, or incorporate non-audio platforms through a complementary approach,” said Southwell-Keely. And while it often gets less attention, he also thinks it is vital to focus on a podcast’s distribution to make sure the show is wherever listeners are.

Even as more brands look to create their own podcast, the challenge even among those with high brand recognition is finding an audience.

Van Mosel says for a branded podcast to be a hit it requires a “holy trinity” of the brand, creator and listener all coming together in a way that feels meaningful and additive. “That’s when you knock it out of the park – but it’s illusive,” she said. So despite having “tons of interest” among advertisers, van Mosel said Stitcher/Midroll often steers marketers to tie themselves to hit shows like State Farm has done with Conan O’Brien Needs A Friend.

“In most cases, we’ll probably steer away from creating a standalone podcast because just like any other creator you have to make it really good and find an audience for it. It is very hard to breakthrough. Even celebrities who launch new podcasts have to have a concerted marketing effort to be found by podcast listeners,” said van Mosel. “What we often recommend are other integrated approaches because if you deliver it into a waiting and existing audience that will be delighted by it, that’s when you win.”

But Southwell-Keely thinks an original branded podcast can be an extremely effective tool for connecting with listeners. “It offers brands full editorial control, the ability to build their own dedicated subscriber base, an unrivaled level of engagement and a rare opportunity for long-form storytelling,” he said. And he has also seen a growing appetite for brands wanting to include branded podcasts into their multiplatform strategies, complimenting other digital and social efforts.

“Branded content in the podcast space can take many ways, shape and forms, so it’s always important that we understand the ‘why’ aspect that is driving the desire to go down this path,” said Southwell-Keely.