A week after Podtrac reported that podcast streams and downloads slipped two percent among the publishers it measures, the company says they increased by an similar amount last week. Downloads were however off by two percent compared to the same period a year ago. 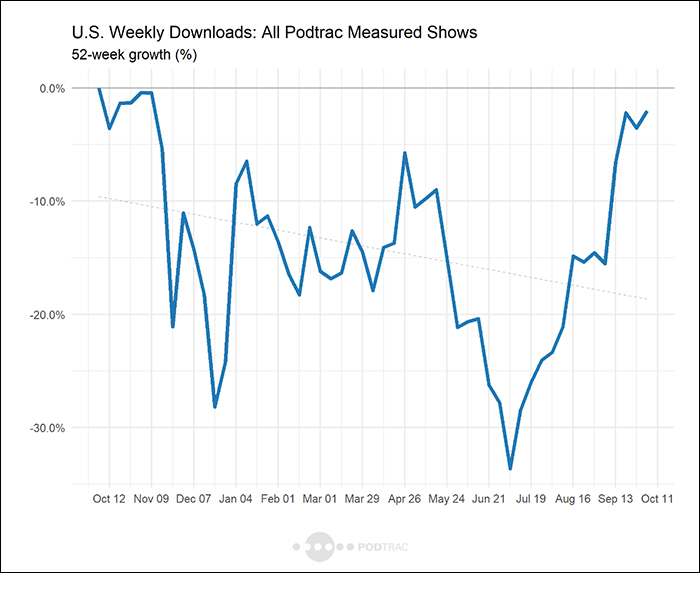 Podtrac earlier reported iHeartRadio was the top podcast publisher in September among those it measures, as the company reached a new download high with nearly 282 million streams and downloads last month. NPR was second, followed by Wondery, the New York Times, and the Walt Disney Company.

Overall, Podtrac says five of the top 20 publishers had growth in their unique monthly U.S. audience in September compared to August. It reports the average publisher had a seven percent month-over-month decline in their U.S. unique monthly audience last month. But while total unique audience may have shrunk, downloads did not. Podtrac says 16 of the top 20 had an increase in their streams and download numbers.