Double-digit growth in radio’s digital revenue is expected to continue this year, propelled by advances in ad technology, a bigger commitment by broadcasters to digital ad sales, continued strong growth in podcasting and increased listening on smart speakers. 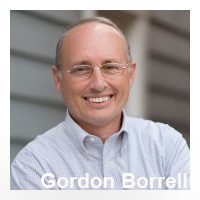 Borrell Associates CEO Gordon Borrell forecasts broadcast radio's digital sales will grow 27% in 2020, hitting $1.25 billion. “It's pacing much higher than in recent years because of the industry's renewed interest in digital sales,” Borrell tells Inside Radio. Should radio hit that level, digital would represent 12.8% of the industry's total ad revenue. Factor in digital audio pureplays and the growth rate would be even higher. During the first half of 2019, total digital audio ad dollars reached $1.2 billion, up 30.1% over the same period in 2018, according to the Interactive Advertising Bureau. IAB VP of Mobile Zoe Soon predicts the rate of growth for digital audio ad revenue will double this year and exceed $3 billion. “The growth of smart speakers will take share of media time away from other channels,” Soon predicts. Matt Cutair, a longtime digital audio exec, also pegs the number at $3 billion, expecting digital audio to account for nearly 20% of all audio ad-spend, including, broadcast, satellite and online distribution.

is the use of data-driven dynamic advertising to personalize audio ads in real-time, says Cutair. This allows advertisers to deliver different ads based on real-time data signals, such as the weather, location, time and device type. Look for an increase in the use of dynamic creative, says Soon.

Radio broadcasters could reap a larger share of digital audio ad dollars by commanding greater control of all the places where their content is distributed. “The presumption in digital media is that inventory is addressable and the value of non-addressable inventory continues to fall,” says John Rosso, President of Market Development at Triton Digital. Addressable advertising refers to delivering targeted personalized ads in real time. In streaming audio, that involves the audio player passing back certain pieces of information to the server. “This remains problematic for broadcasters as most only control players representing a portion of their consumption,” Rosso contends. To maximize the value of their streaming inventory, the digital players owned by broadcasters – as well as those players used by aggregator apps – need to pass along cookies and mobile ad IDs that allow ad tech providers to anonymously match a listener with third party data sets, Rosso says.

Along with using data to target ads, digital audio publishers are developing tools that enable advertisers to track and measure their campaigns as they run. For example, if a listener hears an audio ad on DAX, the digital audio advertising platform owned by the U.K. broadcaster Global, listener behavior can be monitored to see if actions were later performed on the brand’s website. “All of this data insight gives power to the buyers in order to think about optimizing their campaigns in real-time and informs their learnings for future campaigns,” says Cutair.

One hurdle to overcome in 2020 is increasingly tight restrictions being placed on the use of third party data for targeting purposes. In a harbinger of what’s to come, the California Consumer Privacy Act, which went into effect Jan. 1, 2020, requires companies to inform users of how they monetize their data. “Even anonymous data is becoming more difficult to use,” Rosso explains. “It’s critical that digital audio publishers begin working on a user opt-in strategy and contextual targeting capabilities.”

Looking beyond just bread and butter audio ads could pave the way for the radio industry to grow revenue “exponentially” in 2020, according to Borrell. But it requires making the quantum leap from being a radio company that sells digital products to becoming a marketing entity that taps into ad pools beyond audio. A typical local radio buyer spends less than 3% of their total marketing budget on radio but allocates 23% to digital advertising and 35% on digital marketing services. “The smartest companies now realize they're a marketing company helping advertisers with a budget that is probably three times larger than they've been aiming for with radio sales,” says Borrell. “But you have to step out of the radio box to see that.”

The digital ad units and services most in demand in 2020 are expected to be video production, video ad placement, social media management, geofencing, and audience-extension advertising. “Most businesses seem to want more video marketing,” Borrell says. “And businesses want to find a way to utilize the social networks, which they perceive as their best opportunity to generate leads.”

In addition, advances in

programmatic capabilities will help big brand advertisers scale the burgeoning podcasting channel. Podcast ad revenue grew by 42% in 2018 to $679.7 million, according to IAB/PWC, and is projected to surpass $1 billion by 2021. “Podcast advertising revenue represents a small but rapidly growing proportion of audio ad spend,” Soon says. “Podcast hosts have become the new influencer.”

And while podcasters can lay claim to having the buzziest audio platform right now, their growth doesn’t appear to be occurring at the expense of AM/FM radio. “Publishers are producing podcasts to reach new, younger and hard to reach audiences that don’t necessarily engage with other mediums,” says Cutair. “What we’re seeing is that podcast listening is incremental to radio and in some cases, publishers are producing podcasts as spin-off content to their core media.”

Perhaps the biggest catalyst for digital audio growth in 2020 is the smart speaker. “At 48% year over year growth, smart speakers represent the fastest growing technology of all time, including smartphones,” says Soon. “This is a big driver of growth in audio listenership and advertising revenue.”

And while smart speakers make it easy to access all kinds of audio content from publishers, including broadcast radio competitors, a rising tide lifts all boats. “The growth of smart speakers is certainly driving audio and bringing radio back into the home,” says Cutair. “Our appetite to stay connected is healthy but screen fatigue is a growing trend, meaning that we are spending longer listening to audio content.” – Paul Heine

Here Are 7 Marketing Strategies For An Anxiety-Inducing Business Climate.

How To Keep Current Clients On The Air And Approach New Ad Categories.

With No Games To Bet On, Sports-Gambling Shows Pivot To Broader Focus.